When you book with an account, you will be able to track your payment status, track the confirmation and you can also rate the tour after you finished the tour.
Sign Up
9

6-Day Wildebeest Migration Safari. This is a 6-day 5-night camping safari Wildebeest Migration safari that will focus more on two destinations, Ngorongoro Crater and Seronera. You’ll then finish your drive in the Ngorongoro Conservation Area. Ngorongoro Crater Located in Northern Tanzania, the Ngorongoro Crater is best known for its natural beauty and abundance of diverse wildlife; which makes it one of Africa’s most popular safari destinations. Surrounded by Tanzania’s highlands, this UNESCO-listed crater is said to be the world’s largest intact volcanic caldera.  Seronera is still a wildlife hotspot at other times of the year, sheltering the Big Five, among many other species. Several small campsites provide accommodation and visitors can enjoy hot air balloon trips and walking safaris as well as guided game drives 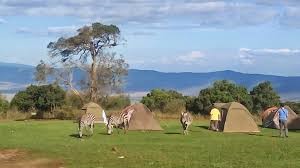 This Morning guest will be picked up Pick up from Moshi/Arusha and will arrive around lunch at their campsite and after lunch guest will go on an afternoon game drive in the crater. The Ngorongoro Crater is one of the most densely crowded African wildlife areas in the world and is home to an estimated 30,000 animals including some of Tanzania’s last remaining black rhino. Supported by a year-round water supply and fodder, the crater supports a vast variety of animals, which include herds of wildebeest, zebra, buffalo, eland, warthog, hippo, and giant African elephants. Another big draw card to this picturesque national park is its huge population of predators, which include lions, hyenas, jackals, cheetahs and the ever-elusive leopard. We will enjoy a picnic lunch on the crater floor.

Situated in the Ngorongoro Crater region of Northern Tanzania, Simba Campsite A is a large public camping ground. The campsite is located on the crater rim and offers fantastic views of the area, as well as an excellent point from which to spot bush pigs. Featuring shower and lavatory facilities as well as a cooking area and dining area, the campsite is a convenient stopping point on the way to the Serengeti. 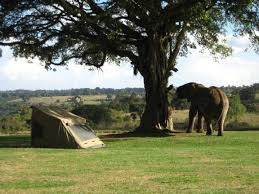 Guest will be picked up from the airport and depart to the serengeti on arrival. The Seronera region, in the central Serengeti, is set directly on the Great Migration route, and offers excellent viewing of this incredible annual phenomenon, when countless wildebeest flood across the plains. Arriving at serengeti and guest will go on a game drive to the camp.

Guest will have breakfast and then go on a full day game drive to explore the serengeti Plain. The Serengeti national Park is very famous for its big five animals which are found in the area. The Serengeti National Park in Tanzania was established in 1952. It is home to the greatest wildlife spectacle on earth – the great migration of wildebeest and zebra. The resident population of lion, cheetah, elephant, giraffe, and birds is also amazing to have them around you during the game drive. After the game drive clients will depart to accommodation for dinner at Tanzania Bush Camp.

This day guest will just have breakfast and go on a morning gam drive and will be back around lunch time and after lunch have leisure time before going on an afternoon game drive in the area. The wildebeest migration can normally be found in the Western Corridor area in June, depending on rainfall patterns.

Located in the Central Serengeti region of Tanzania, the Seronera Campsite is accessible by both road and air. Shower and lavatory facilities are available at the campsite. The Seronera River Valley area is a noted habitat of the leopard, lion and the cheetah. With sufficient food and water to sustain the wildlife, the migration stops in the area, during the year.

and will arrange for picnic point so the clients can make a stop before heading to the airstrip to catch coastal flight to Kilimanjaro International Airport.

This will mark the end of this tour. 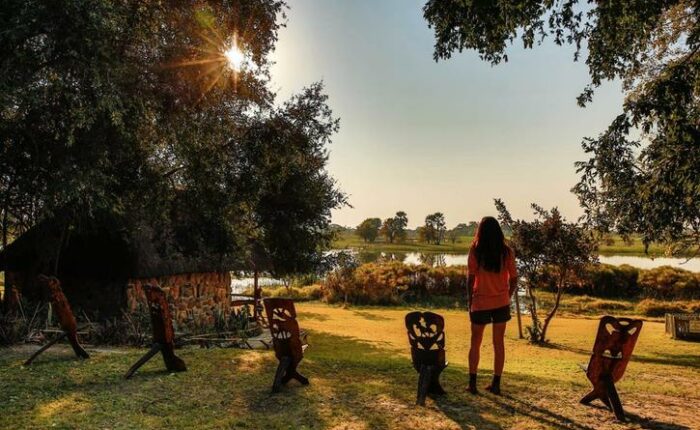 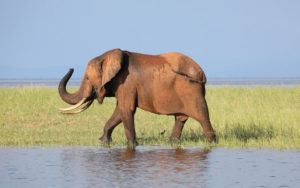