The Naukluft complex vegetation has been characterized as semi-desert savannah. Some of the rarest and weirdest plant and animal species in the world are found in the park includes large lichen fields, Aloe sladeniana, Aloe karasbergensis, cluster fig, the Welwitschia Mirabilis Commiphora, Acacia (thorn), Euphorbia and Hartmann’s Mountain Zebra.

With its varied wildlife and distinct scenery, it makes a superb desert safari in Namibia.

The Namib-Naukluft National Park is open for tourists throughout the year.

Namib-Naukluft National Park is accessible by roadways and airways.

Roadways: Namib-Naukluft National Park has four different section with different entry points which are well connected by roads. However, most of the tourist take the Sesriem entry point to the Sossusvlei from Windhoek, which is 360 km from the park..

Airways: The entry point for tourist to the most Namibia destions is usually Hosea Kutako International Airport which is situated just 40km east of Windhoek. You can take self drives or book a cab at the Airport to reach the park.

What To See, & Highlights

The Namib Desert: The Namib is said to be the oldest desert in the world and extends far beyond the borders of the National Park.

Sossusvlei, Dead Vlei and Sesriem: Sossusvlei and Sesriem are the main attractions of the Park. At Sesriem the Tsauchab River has dug an approximately 1 km long and 30 metre deep canyon into the ground. Sossusvlei is a salt-clay pan surrounded by dunes.

Sandwich Harbour: Sandwich Harbour is located in the north of the Park consists of a 10 km long bay which is bordered by dunes and vegetated by reeds.

During you visit to Namib-Naukluft National Park you can do a variety of activities. Listed below are some of them: 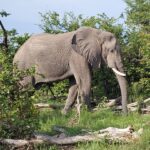 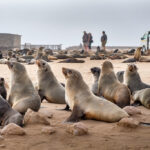 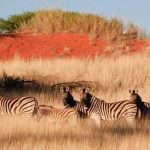 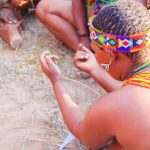 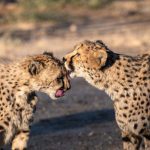 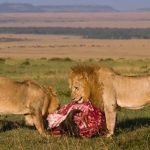 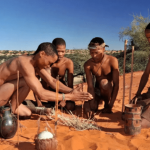 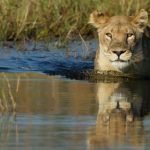 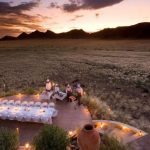