Covering a whopping 22,400 sq. km. this national park holds the distinction of being the oldest and largest national park in Zambia. It is also one of the largest in the whole of Africa. It is easy to reach both from Lusaka and Livingstone. The park is situated in the western part of Zambia through which the Kafue River meanders its way without ever getting dry. The eastern border of the park has a large man-made lake called the Itezhi-Tezhi lake. This was made in the year 1977.

The northern part of the national park is watered by the various tributaries of the Kafue River. The Lufupa River which flows in the northern extremes of the park empties itself in the Busanga Swamps. The southern part of the national park is not frequented by many people. The wildlife is not as dense as other parts. But this area has recently attracted the attention of people who like exploring the forest as much as they like viewing wildlife. The Kafue National Park will continue to attract and surprise visitors for many years to come.

More than the density of wildlife in this park, it is the diversity that attracts more people. You cannot expect to see all the big five in one day as you may be able to in other parks. But the diversity in what you can see here is unmatched anywhere else. With such a large area, you can expect diversity in the same species in different parts of the park. Rare species of antelopes like the Blue-and-yellow-backed Duiker can be seen here. You can also find Sitatunga and Lechwe in the swamps.

This is also the best place to spot the leopards. Cheetahs that are not seen in the other national parks in Zambia can be found here. You can find these predators in all areas of the national park. The African wild dog is another rare species that you can see here. The river and its tributaries are home to large crocodiles and hippos. The national park’s diversity allows for a variety of birdlife to thrive here.

What To Do In Kafue National Park?

Watching wildlife is what is the most favorite activity of visitors to the park. But there is a difference in this park as different areas of the park will hold interest for different people. Birders can have as many sightings of different birds as they can imagine. There are around 500 recorded bird species in the national park.

The night safari is another activity that is popular in the Kafue National Park. You can also ride a boat along the Kafue River to see the wildlife along the banks. There is a walking safari also in the park.

There are tarred roads that lead from both Lusaka and Livingstone to this park. The M9 from Lusaka can take you to different regions of the national park. You might look for the right signs to reach various gates. The park itself has tracks for 4×4 vehicles but is not motorable in all seasons.

When Should You Visit Kafue National Park?

Kafue is a cooler place at any time of the year. The best time to visit to view the wildlife is the dryer months. But Kafue has lodges and camps that are open all through the year. 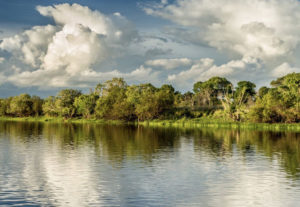 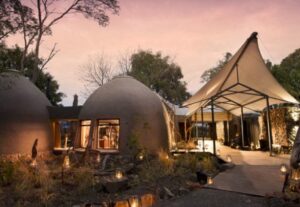 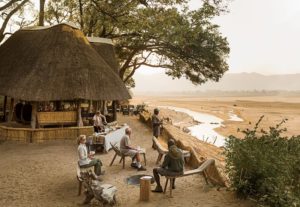