Murchison Falls National Park is one of the most visited National Parks in Uganda. The park is located in northwestern Uganda, extending inland from the shore of Lake Alberto, around the White Nile. In addition to being the largest, it has a very good tourist infrastructure, with all kinds of lodges and campsites.

The Victoria Nile divides the Park in two along about 115 km of its route from east to west. Two-thirds of these are occupied by the Murchison Falls, with falls of up to 45 meters high.

Murchison was the name chosen in the mid-19th century by the marriage of scouts Samuel Baker, Scottish millionaire, and Florence Baker, Hungarian freed from a slave trader by her husband.

They looked for the sources of the Nile and undertook an African journey that led them to this wonder of nature. Sir Roderick Murchison was then the President of the Geographical Society of London and the marriage decided to honor him by baptizing the waterfall with his last name.

The climate is hot and humid with an average temperature throughout the year between 21° C and 29° C. With two rainy seasons that go from March to May, and from August to November.

This national park has 55 different species of mammals. It also has the white and black rhinoceros having become extinct due to poaching. Large mammals include the elephant with a population that went from more than 13,550 specimens in 1973 to 308 specimens in 1991 because of poaching hippos, giraffes and buffaloes.

There are six species of primates including the chimpanzee, the Senegal galago, the vervet monkey and baboon. Among the large carnivores include the lion, the leopard, the spotted hyena, and the lycaon. Also, it has a rich variety of birds, there are some 424 different species.

Among the reptiles present in the Park are the Nile crocodile, the softshell turtle, the water monitor lizard, and the large black-line armored lizard. The Nile perch, introduced in Lake Alberto in 1956 also extended to the waters of the Nile Victoria.

What are the attractions?

To reach this place from the north, there are several entry gates including Tangi, Mubako, Wankwar, and Chobe. You can reach from the Kampala-Pakwach Road that crosses the Nile at Karuma Falls Bridge in the Northeastern corner of the park that is 260 km from Kampala.

The best time to visit Murchison Falls National Park is during the dry season which is from December to late February and from June to September. In this time, the animals congregate around water that makes them easier to observe. 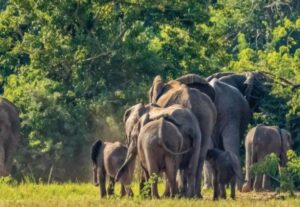 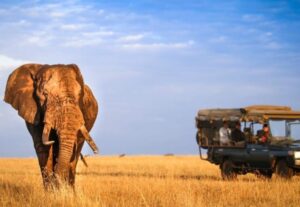 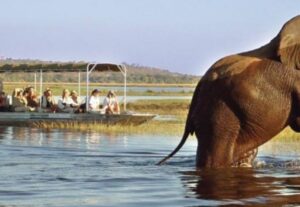 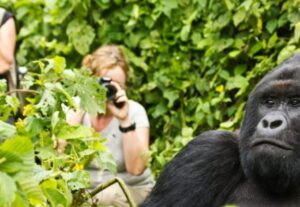 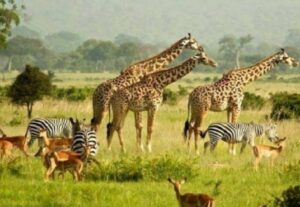 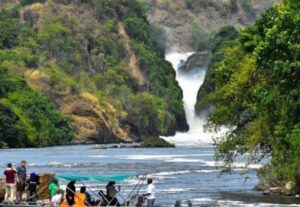