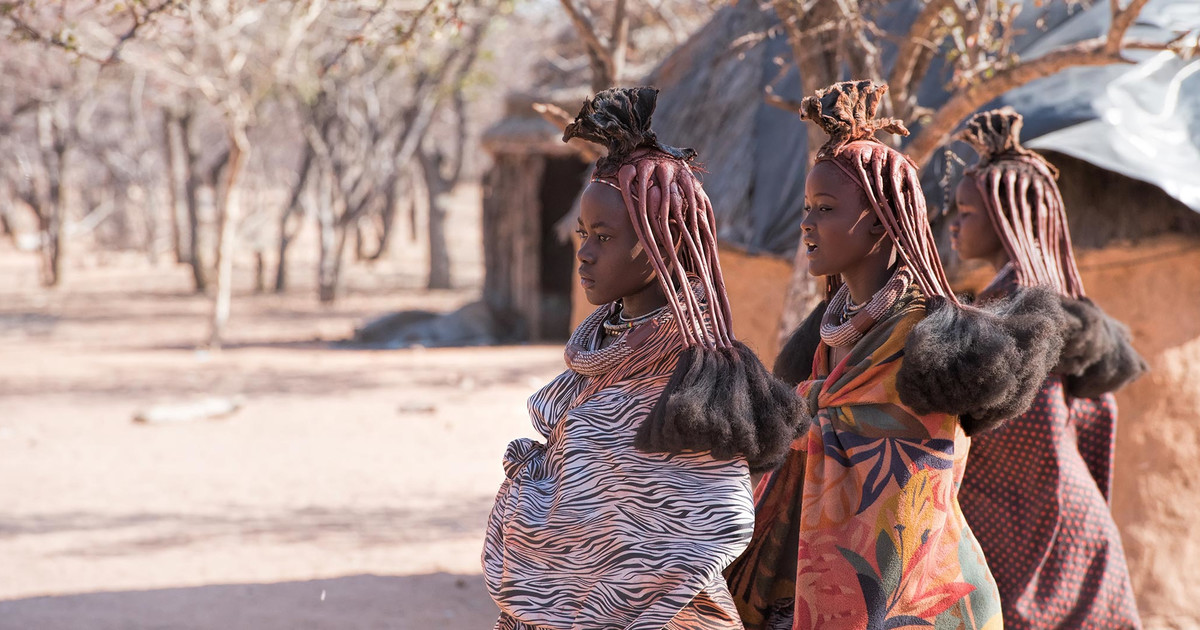 The immense desert panoramas, towering sand dunes, and safari experiences in Namibia that are reminiscent of David Attenborough speak volumes. Do not, however, allow its natural exuberance to eclipse the human graces that it has. This is a nation that is home to some of Africa’s oldest and most unique tribal societies, such as the ochre-painted Himba and the brightly-adorned Herero. The San Bushmen are also found in this country.

In addition, Namibia is home to the Damara and the Nama peoples, both of whom speak languages that are characterized by distinctive clicks and click-like sounds. The Khoikhoi peoples are an ethnic group that has almost entirely vanished. If you talk to some of Namibia’s indigenous people, you’ll be able to add a fascinating and unique human dimension to your experiences in the vast desert.

There are around 90,000 San, also known as Bushmen, living on the continent. Roughly a third of those San reside in Namibia. It is believed that the San were the original occupants of Southern Africa. Rock paintings and sculptures at Brandberg Mountain and Twyfelfontein, which are believed to be older than 2,000 years, are among the most prominent examples of remnants of ancient San culture that can be found throughout the nation. 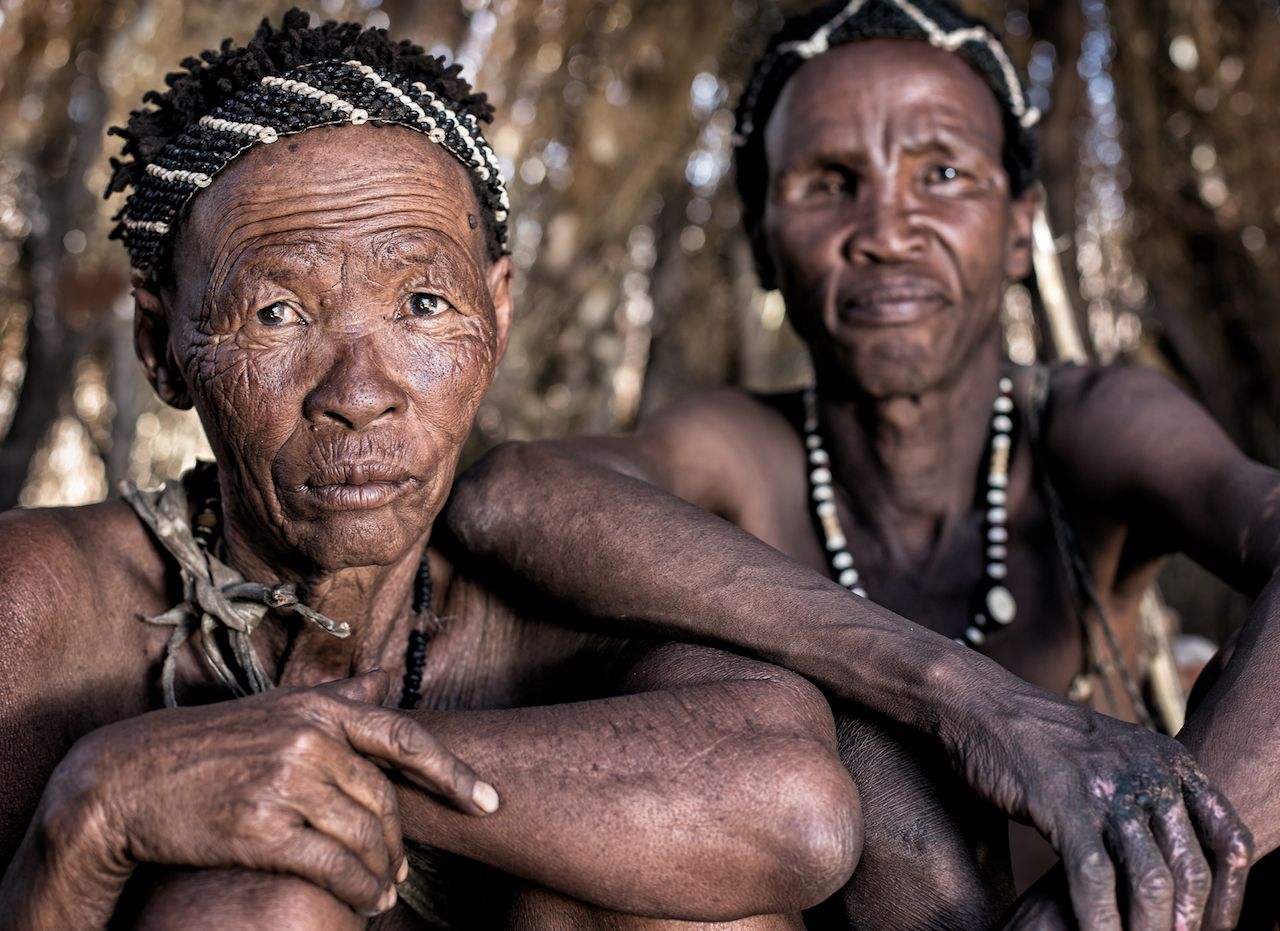 The life of the modern San has not been an easy one. The displacement of the San from their traditional grazing and hunting areas in Namibia, which has resulted in many communities becoming landless and dependent on external food help, is the less recognized but equally important aspect of Namibia’s famed conservation triumphs. Without their land, the indigenous people run the danger of losing the traditional skills and knowledge that have been handed down through the years.

However, if you go to the northwest of Namibia, you will have the option to visit community-owned and managed conservancies as well as tourist ventures like Tsumkwe Lodge and Nyae Nyae Conservancy, which are beginning to rectify these issues. San communities are able to provide for themselves, preserve their culture, and prevent their lands from being converted into agriculture by promoting the value of the traditional ways of life and the knowledge that underpins them via tourism that is carefully regulated.

The Himba are often regarded as Namibia’s last remaining semi-nomadic tribe. The Himba women are easily recognizable because of the characteristic red ochre and butterfat otjize paste that they use to cover their bodies and hair. Approximately 50,000 Himba people make their home in the desolate and parched region of Damaraland to the north of the Kunene River. These Himba people move from settlement to settlement while herding their goats through the almost featureless terrain. This is also a desert elephant area, and trips to Namibia that involve the opportunity to follow these uncommon beasts will often comprise of a visit to the Himba people. 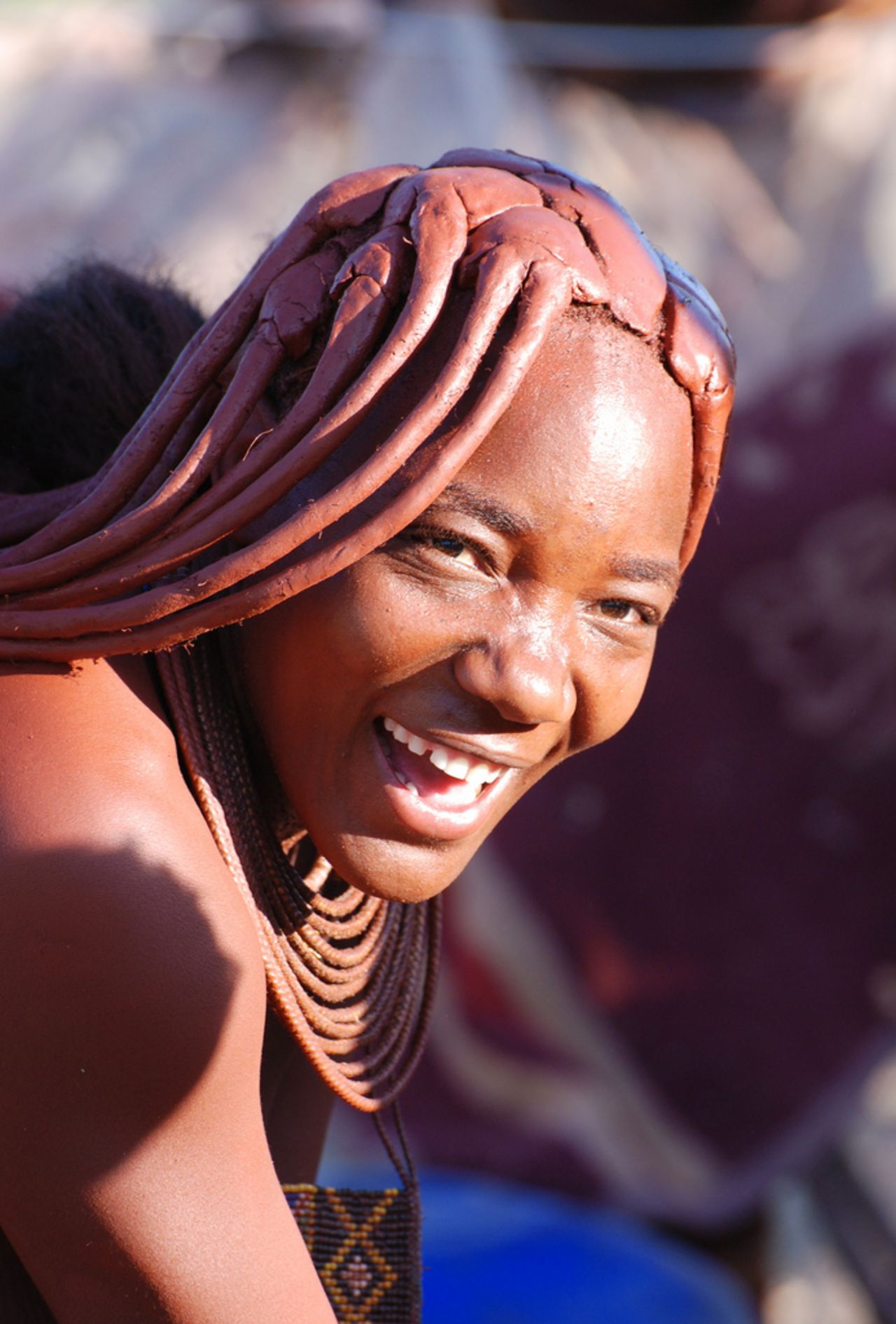 Visiting a Himba hamlet in Namibia is one of the most rewarding cultural adventures. It is one can have in that country because of the Himba people’s long-standing connection with tourism. You may find out how life is different out here in the desert. And understand how the women’s elaborate hairstyles reflect various phases of life. Much younger Himba will have attended boarding schools in cities and can compare the two very different lives. Learn how to milk goats and enter the house of a Himba family to get a glimpse of a way of life that is quite different from your own. The Himba use otjize and ash to wash their skin and hair since water is a precious commodity. Therefore, they use these substances to clean themselves.

The name “Herero” most often refers to the Herero proper, the biggest of these tribes, who live mostly in central Namibia. However, the term “Herero” does technically embrace a wide variety of tribal cultures, including those of the Himba, Tjimba, Mbanderu, and Kwandu.

Dressed in voluminous, vividly colored, Victorian-style skirts and strange cow-horn caps. Namibia’s Herero ladies are not hard to spot in the country’s capital city of Windhoek. The Herero people of Namibia are distinct from other ethnic groups in Namibia. It is because they have maintained their pre-colonial ways of life and customs. However, the German colonists had a direct impact on the Herero people’s clothes. Although they were first coerced into wearing their distinctive clothing. Which now has a more muted color palette, the style has become an integral element of their cultural identity. As well as a source of pride. 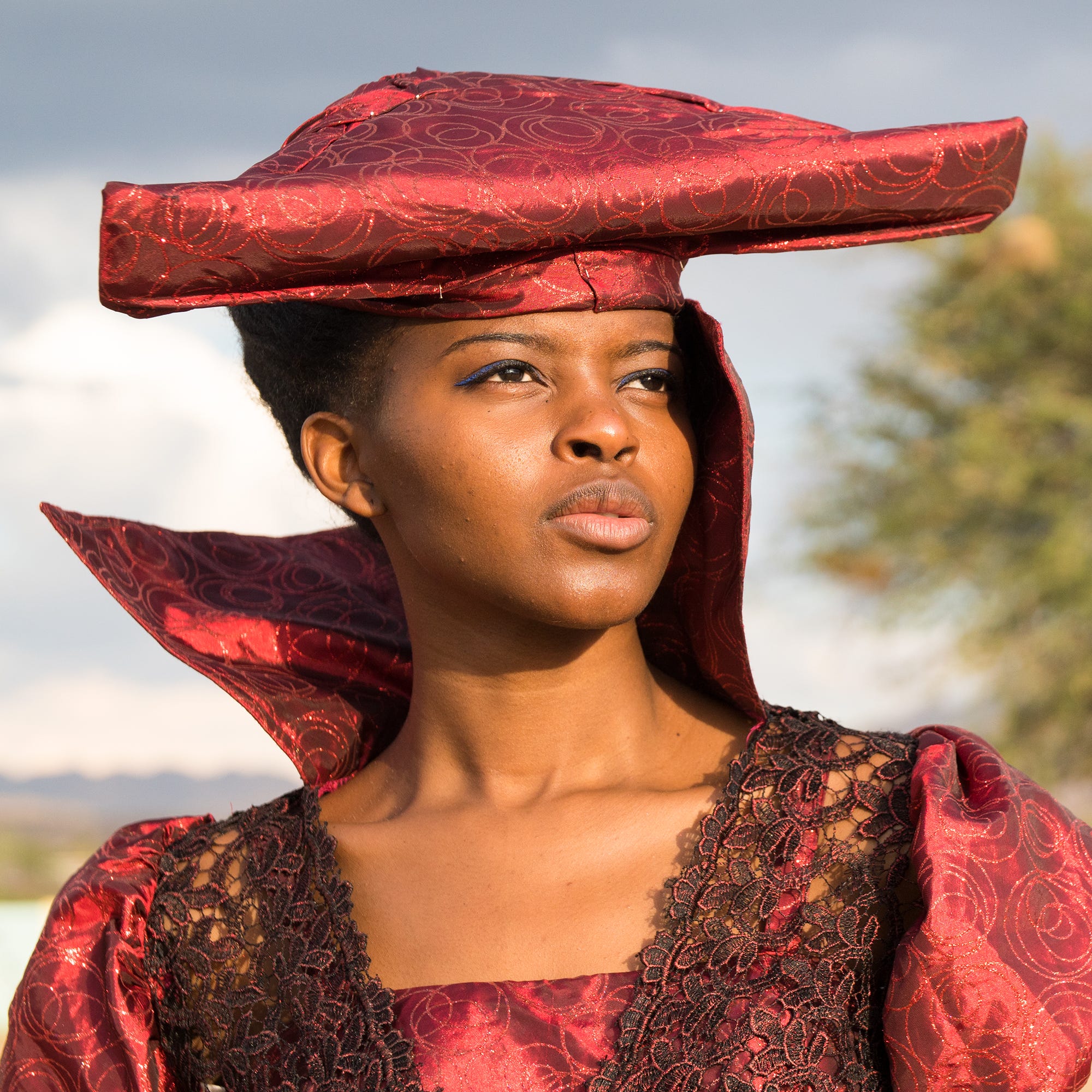 A tribute is given to the group’s pastoral roots by way of the recognizable hat. Because the Germans were responsible for a brutal massacre in the 20th century. That included the deaths of up to 65,000 Hereros, the attire in the colonial style is especially moving. The genocide was committed at the turn of the 20th century. Some of these individuals perished from starvation while they were held captive in the desert, while others were executed in detention camps. This community has not fully recovered from the trauma caused by these events to this day.

The Damara are notable for being exiled in the vast but largely inhospitable Damaraland in central Namibia. The majority of the Damara are ancient hunter-gatherers and animal farmers. Who were displaced by the development of South Africa in the 1960s. In addition to this, they are one of the most populous ethnic groups in Namibia. Accounting for around 9% of the total population. 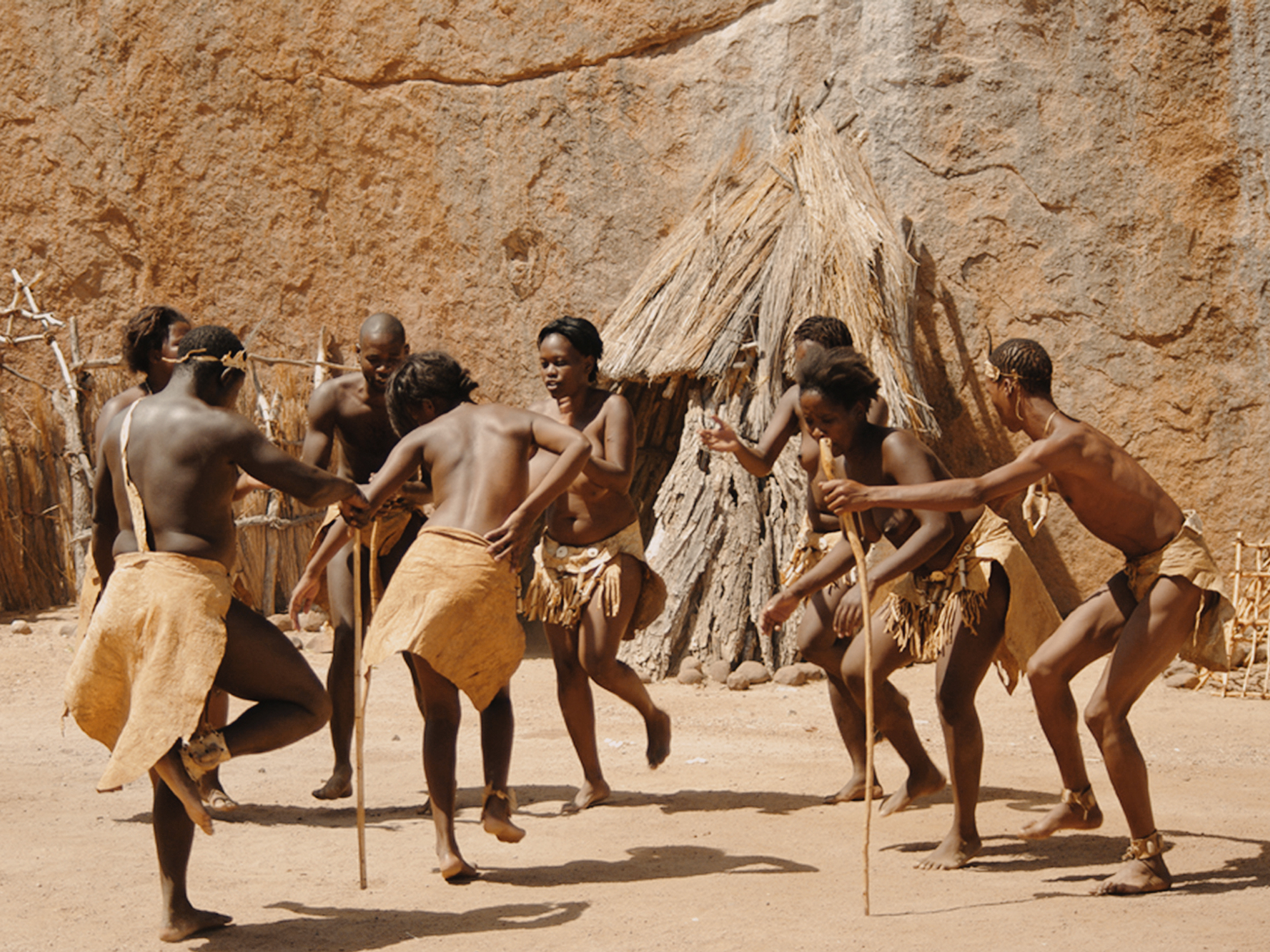 The Aawambo, also known as the Oshiwambo, is popular as one of the most dynamic tribes in Namibia. Even though there was a concerted effort, particularly on the part of Christian missionaries. To eradicate what was thought to be pagan practices, the people of this group have managed to maintain many aspects of their cultural practices.

Most members of this ethnic group can be found in northern Namibia. While others are in the province of Cunene in southern Angola. The Aawambo is one of the Bantu tribes that migrated southward to Namibia from the Great Lakes in East Africa. They initially settled between the Kunene and Okavango rivers, then moved further south to what are now known as Namibia’s “Four O” regions. These regions are Oshana, Oshikoto, Omusati, and Ohangwena.

In its most successful forms, cultural tourism in Namibia provides visitors. It is with an authentic glimpse into some of the world’s most distinctive ways of life. While also providing local communities with a dependable source of income and a platform from which they can celebrate and preserve their traditions. At its worst, visits to townships and tribal settlements may give visitors the impression. It is that they are seeing a human zoo.

The finest memories from these visits are the result of true cultural interchange. Thus, you should step out from behind your camera. Enter a Himba hut when you are given the opportunity. And inquire about the lives of your hosts. Sharing some of your own personal anecdotes is sure to put a grin on their faces. It is since they will be interested in learning more about you.