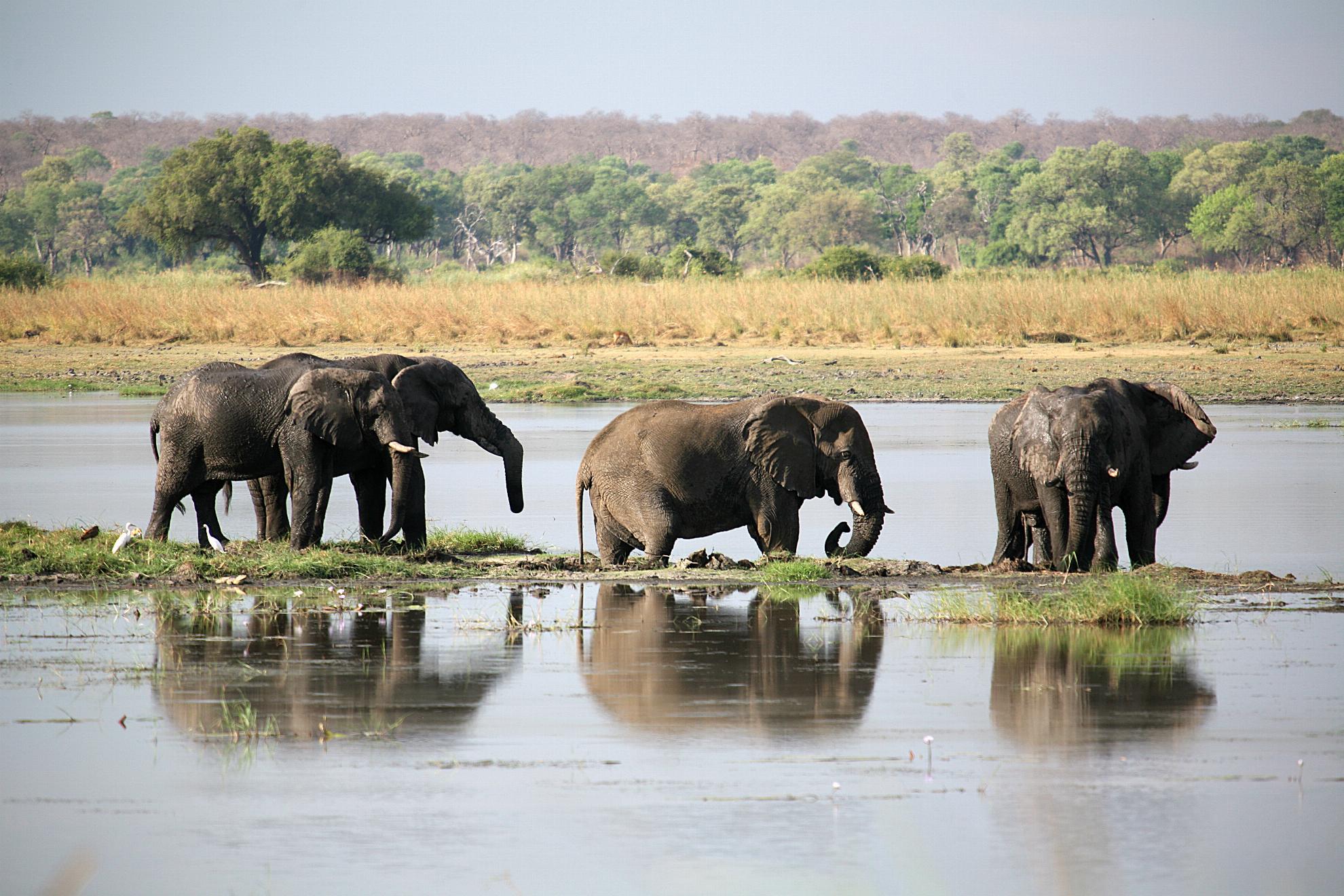 In the northeastern corner of Botswana is where you’ll find the Elephant Sands bush lodge and campground. Come and spend some time with us gazing at the elephants that frequent the natural waterhole that is located just in front of the resort. It is a once-in-a-lifetime opportunity to get up close and personal with these magnificent animals as they savor their drink only a few meters away from you. 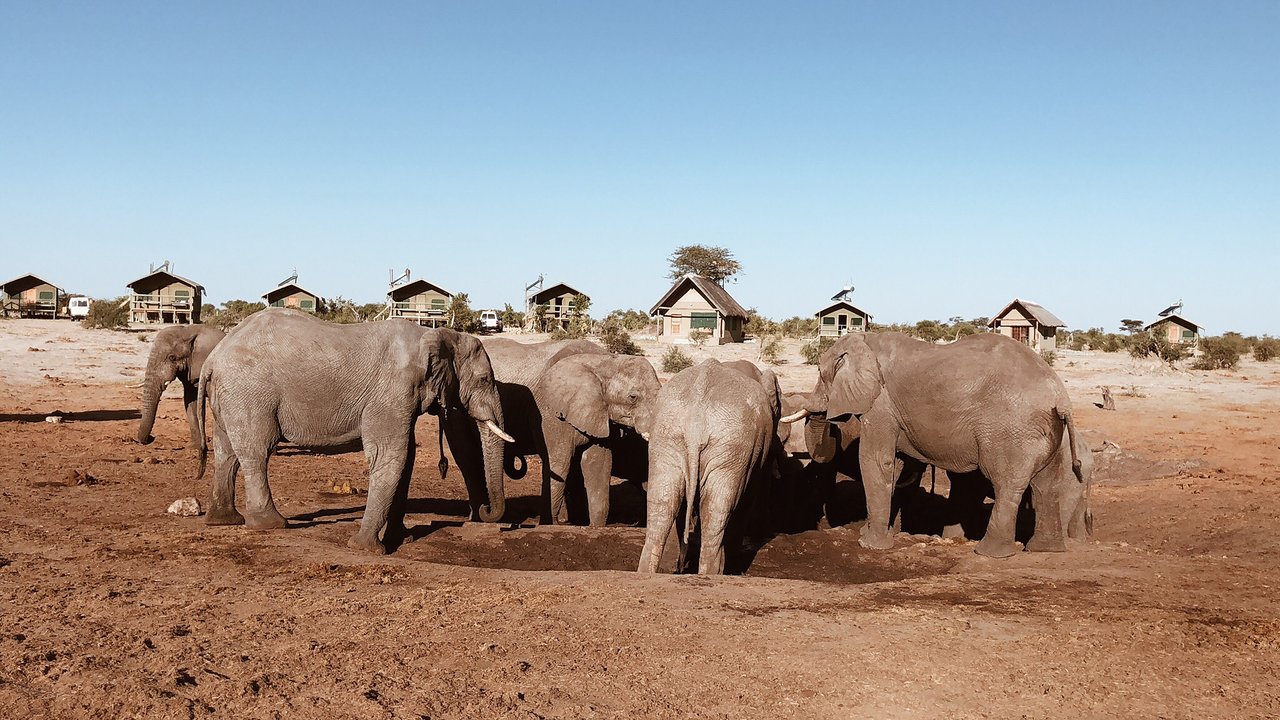 On their private conservation area that spans 16000 acres and is unfenced, there is an abundant amount of various kinds of animals. All of the animals are able to run unrestricted since there are no fences. The Makgadikgadi pans, the Okavango Delta, and Chobe National Park are just a few of Botswana’s many attractions, and they are all within easy driving distance from our hotel. Both Victoria Falls and Hwange National Park are, in a sense, just outside our front door.

Their lodge makes for an excellent departure point for excursions. It is to any of these fascinating points of interest along the way. You have the option of staying in one of our chalets. It is with an attached bathroom or setting up your own tent to get a feel for the tranquility. And solitude of the genuine African bush.

Since the campgrounds at Nata and the resort do not have any kind of fencing, you never know what kinds of creatures you could run across there. If you do not want to run the risk of running into a browsing giant on your way to the restroom, you should never leave home without a reliable flashlight or headlamp.

There is a correlation between the availability of water and the seasonal variations in distribution. There are migrations of elephants that take place between Namibia and its neighboring countries, most notably Botswana, with the majority of these elephants coming from the Zambezi Region. The regions of Khaudum/Nyae Nyae and Zambezi Region in the country’s northeast have the country’s greatest populations of this species. 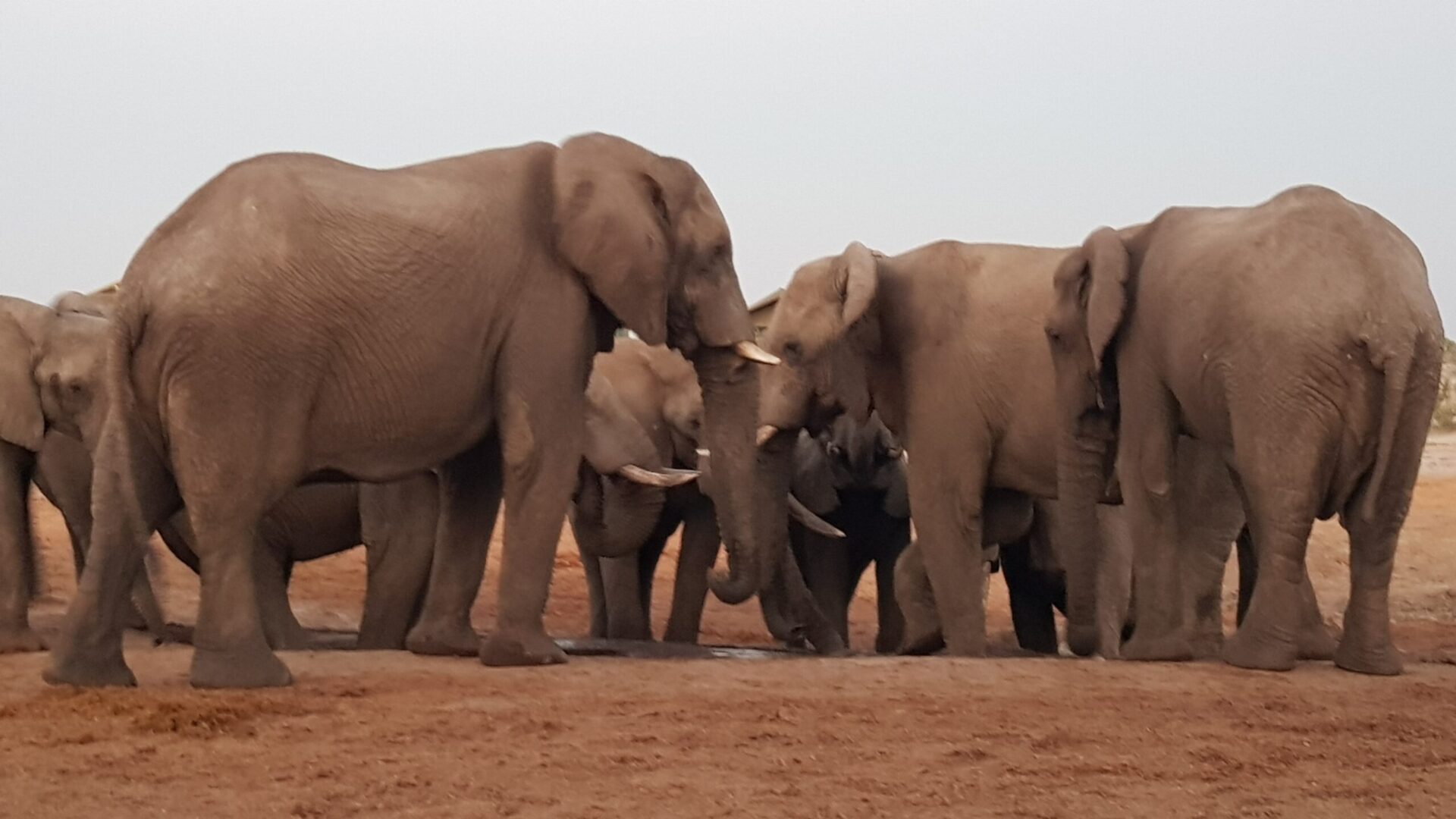 The severely dry northwest and Etosha National Park both have extremely low population densities. But the animals have made a full recovery from the past overhunting that almost wiped them out. The population of the northwest is expected to vary by 3.86% every year. Which does not meet the criteria for statistical significance. Since 1998, studies have shown that the number of elephants in Etosha National Park. It has been steadily expanding at a pace that is expected to be 1.75 percent on an annual basis. The pattern meets the criteria for statistical significance.

Since 1995, the population of the Zambezi has been growing at an estimated and physiologically plausible yearly rate of 4.76%, resulting in a growth that has been both constant and considerable. This pattern reaches very high levels of statistical significance. The number of elephants living in Khaudum National Park and the Nyae Nyae Conservancy has risen at a pace that is very much more than 4.8 percent. Since 1995, the overall number of elephants in Namibia has been growing at a pace of 5.36 percentage points annually. This is also quite important from a statistical point of view.

Elephant Sands reserve is a dream destination for everyone who loves elephants. A huge open space with a waterhole in the center that is used by up to 50 wild elephants is surrounded by a bar, restaurant, pool, camping area, and permanent tents. Situated right in the heart of the forest, these amenities are visited by wild elephants. They move majestically through the tents, which are suspended at a safe distance of two meters above the ground; you are close enough to touch them. If you sit at the bar beside the pool, you won’t be more than a few meters away from them. What a joy it is to see how they adhere to the established social norms.

Although the permanent tents are extremely roomy and pleasant, they are rather rudimentary. And it would have been preferable for there to be a refrigerator in each of them. They do not have the necessary equipment for self-catering. Which was a surprise to us given that we had stocked up on food in Francistown. We were able to make do by using gas burners and braais.

They provide superb game drives in the open bush near the border with Zimbabwe. Where you may see lions, elephants, buffalo herds, giraffes, and other animals. Even if you are not traveling to or from Kasane or Victoria Falls. It is definitely worth your time to stop at Elephant Sands since it is an interesting destination in its own right.

While we were going from Nata to Victoria Falls, we came across a large number of elephants, which was a really unforgettable event in and of itself. In Namibia, this was one of the experiences that stood out to me the most, along with Elephant Sands.

Thus, this road drives through Nata was a memorable trip for us all! The highlight of the whole tour was the topic of this article, which is the chance to see the wildlife of Namibia very close to you. Elephants of Namibia are fascinating creatures on this land, and if you see their herd in front of you, it will surely be an experience of a lifetime! Catch those memories on your devices whenever you find a chance to visit this astounding land.

1. What is the cost of staying in Elephant Sands?

A: You may either pay around 900 Pula per night to stay in one of the stilted tents or chalets that overlook the watering hole, or you can camp in your own tent and use the common amenities for approximately 290 Pula.

2. How can we get there conveniently?

3. Are there pools available?

4. What time is ideal to start the trip?

A: The ideal time to start the trip is with the sunrise at 5:30am.

5. How many elephants do Namibia has?

A: The authorities claim that they have currently more than 2400 elephants.