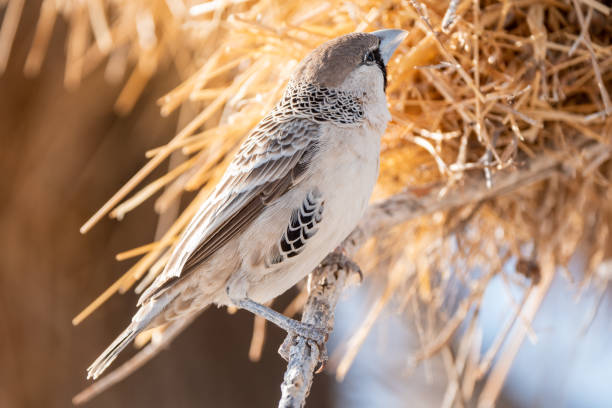 The summers at Etosha National Park provide excellent conditions for birdwatching. The dry conditions are beneficial for seeing wildlife, but the summer rains transform portions of the large pans into seasonal lakes that draw in animals that migrate or live in wetland areas. There are around 130 migratory bird species among Etosha’s 340 resident bird species. Flamingos, bright lilac-breasted rollers, and eagles flying far above are just a few of the bird species that call this park their home. The park is home to various avian species.

Since upgrades and improvements were made to Etosha’s rest camps in 2007, many people have commented that the accommodation within the park has become too expensive. This is a most timely exercise considering that Etosha National Park turned 100 in the same year that the upgrades and improvements were made. This place is really one of the greatest places in our country for birding, on par with any of the most prestigious game parks in Africa. Therefore, when it comes to paying the bill, you might compare Etosha to brandy – specifically, to a brandy that has a fantastic vintage and high quality.

The Abdim’s stork, commonly referred to as the white-bellied stork, is a species of stork that is a member of the Ciconiidae family. It is the smallest species of stork, its diet consists mostly of insects, and it may be seen in large numbers in open environments across Yemen and Sub-Saharan Africa.

The upper parts of the adult are black and glossy, with a purple and green sheen, with the exception of the lower back, rear, and upper tail coverts, which are white. The underparts are a brilliant white color, with the exception of the chin, neck, and upper breast, which are a dark black color with a purple shine. Under the wing, there are covert white feathers and black flight feathers.

The naked face on the top of the head is blue, with crimson lores and a little white patch on the forehead. The bill is strong, straight, and a bluish-grey color. The eye rings are naked and white, while the eyes themselves are a dark brown color. Grayish skin covers the legs, which have pinkish ankles and feet. 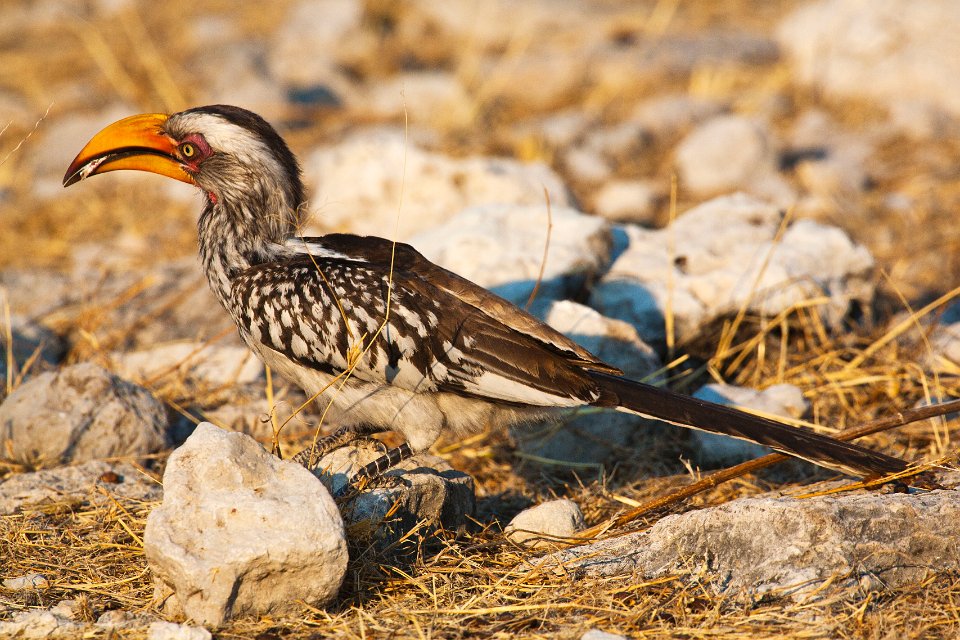 The African hobby is a type of tiny bird of prey found in Africa. The upper parts are blackish, while the underparts are deep rufous; the face, neck, and throat are also rufous. This falcon is short and slender. When seen up close, there are dark striations on the neck and the flanks of the animal. Yellow skin coloration may be seen on the feet and face. Young birds have darker upper parts, lighter underparts with more streaking, and whiter cheeks, napes, and throats than their adult counterparts.

They are most often seen in palm savannah and gallery forests in the western and westernmost portions of East Africa. They are most commonly seen on the periphery of wet woods and forests. Also, they are seen less often in the central and northeastern regions of Africa.

There is a species of bird known as the black-chested prinia that belongs to the family Cisticolidae. Angola, Botswana, Lesotho, Namibia, South Africa, Zambia, and Zimbabwe are the countries where you may find them. Its native habitat is dry savanna.

Small warblers known as prinias may be recognized from other species of warblers by their long tails, which are sometimes shown in an almost vertical posture. There is just one sexual form for each species. In southern Africa, the Prinia genus has a total of four different species. The tawny-flanked prinia, the Karoo prinia, and the Drakensberg prinia are the names of the other three species of this bird.

This species of plover is comparable in size to the ringed plover. And its overall look is a combination of the greater sandplover and the smaller sandplover. It differs from the sandplovers in that it is more slender and has longer legs. And it also has a white supercilium that is much more prominent and a long, thin bill. In addition to it, it has thin wing bars and white tail sides.

Males during the summer season have brownish-gray backs and white faces and bellies. The breast has a dark chestnut color and is outlined in black below. The other plumages have a chest band that is a grayish-brown color. However, the summer female may have a tinge of chestnut coloration. The sound is like a jagged chip.

Dwarf bitterns are little birds that have black upper parts and lighter, striped underparts. Their names come from their appearance. They have a black beak and irises that may be either reddish-brown or dark brown. You are most likely to see dwarf bitterns in their native environment. Which consists mostly of wetlands due to the fact that they are a kind of waterbird. It is known that they consume carnivorous foods such as insects. Also, tiny fish, spiders, and other such things in their diet.

The nesting behavior of this bird is most often seen during the drier months of the year. The nest of a dwarf bittern is composed of twigs and grass that has been dried out. Because their whole range of distribution has not yet been determined, it has not been possible to determine the number of dwarf bitterns that live in the wild.

Sanderlings spend their winters on sandy beaches all over the world, despite the fact that they breed on barrens close to the ocean close to the North Pole. In the summer, sanderlings have rusty backs, but in the winter, they are the whitest of all the sandpipers. Their length is around 20 centimeters. When compared to those of other tiny species, the long, white wing stripe stands out more prominently.

The marsh sandpiper is a little bird that looks similar to a greenshank but is more refined. It has a long, thin beak and extremely long, yellowish legs. It has a white wedge along its back that is apparent while it is flying, similar to the greenshank, but its breeding plumage is a greyish brown color, whilst its winter plumage is milder. However, the common redshank and the wood sandpiper are its more distant relatives than any other species.

In their breeding plumage, they are typically a muted. Light brown on top with some darker mottling and a pattern of somewhat diffuse small brownish spots on the breast and neck. Collectively, they make up a group of shanks. That are on the smaller side and have legs that are typically red or reddish in color.